San Francisco Chronicle (CA) (Published as THE SAN FRANCISCO CHRONICLE) - July 20, 1987Browse Issues
After an unremitting near-two-hour barrage of syrupy ballads, it took Bill Champlin to finally pull the pin on the performance by Chicago at Mountain View's Shoreline Amphitheatre on Saturday and finally set off some explosives.

Of course, these plodding, fanciful love songs have been the bland pop-rock band's main stock-in-trade throughout Chicago's almost 20-year career, but the steady stream of anguished pleas hardly makes for exciting concert material.

So when vocalist Champlin finally got the chance to whip out his patented, grizzled soulese, the crowd leaped to their feet as though an electric cattle prod had been applied simultaneously to their collective backside. Champlin stalked the stage, preaching like a Baptist deacon, leaping to the floor to work the crowd from its midst. Suddenly, it was like a different band.

Unfortunately, Chicago went back to being its same old self immediately after Champlin finished demolishing "We Can Make It Happen."

Actually, it was like there were two bands onstage at Shoreline. Chicago performed two sets, the first concentrating on earlier material and the second focusing on what singer Bobby Lamm called "the Warner Brothers era," referring to the record label for which the long-standing pop-rockers have recorded for the past five years.

Under the supervision of sleek, glib producer-songwriter David Foster, Chicago has managed to continue to pop out slick chart-topping hits with regularity, even if the group's sound under Foster's heavy-handed influence has tended toward a dry sameness, with precious little messing with the successful formula.

So the first half featured a brassy sound almost entirely at odds with the synthesizer-dominated attack of "the Warner Brothers era" material. The Foster sound depends greatly on thickly layered keyboard parts, occasionally calling for no fewer than four musicians to operate synthesizers (with drummer Danny Seraphine playing synthesized drums, no less).

Not that the band didn't display considerable musical chops. Musicians casually switched off instruments on every number, falling into new formations on each tune like a football team hitting the line of scrimmage.

Sheff and Lamm traded most of the lead vocals, with Champlin, a veteran of Bay Area rock stalwarts the Sons of Champlin, adding only occasional leads. The three-man horn section, who seemed virtually dispensable during the second half, polished the sound with rippling accents and occasional solos.

But, ultimately, the musicianship fell victim to the banal, bland and boring material to which it was applied. While the solidly white, suburban crowd lapped it up like happy puppies, time wore heavy on the hands of anyone expecting any genuine excitement out of the band.

That Chicago has endured through 18 albums -each imaginatively titled by consecutive numbers - is a minor miracle in itself in the ephemeral world of pop music. By sculpting a popular style and doing it to death, the group obviously has cut a niche for itself that nothing can budge.

Clearly, Chicago is a commercial proposition, not a group of free spirits expressing themselves for the love of music, but a band of cunning professionals who know how to make a good living.
Posted by John B. Ramsey at 10:45 PM 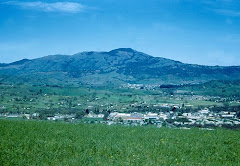